A couple of days ago, we found this poor baby in the streets. He was skittish and terrified, and wouldn’t let anyone near him. He had to be darted down to be captured and brought to the vet’s. His condition was terrible: he was absolutely matted, emaciated, and barely able to stand up. Even worse: Every inch of his body was covered in ticks. His tests showed that he was anaemic and had demodex – but at least he tested negative for heartworm.

Now, this 3yo boy seems to be delighted to be rid of his matted fur and the ticks. With all the matting gone though, you can really see how skinny he is – skin and bones. The demodex damaged skin is also clearly visible. Poor baby. We will do our very best to make him healthy and happy again. 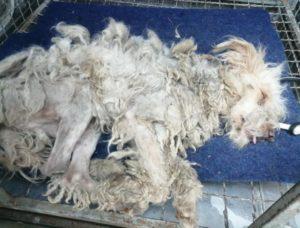 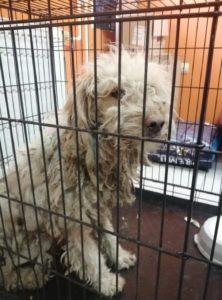