As mentioned in our previous post, this week has had highs and lows. Some highs: Work on the premises has been progressing really well, five of our babies were adopted – one of whom had been waiting for years to find her forever home – and we have received some donations to treat new injured dogs.

The biggest low: After months and months of struggle, this beauty has passed away. 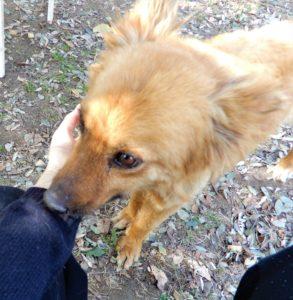 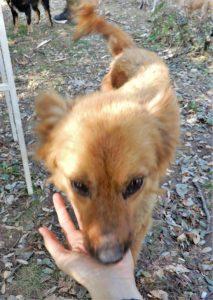 Her story is a difficult one. She had had cancer on and off for a year or two. She would get treated and would do much better, but then it would come back again. We fought so hard – she fought hard, but the universe had other plans 🙁

At the beginning of the year, she was diagnosed with cancer again. This time, the vet said she had only about a week left. She was lethargic, didn’t eat, and seemed near the end. Before euthanising her, we wanted to give it one last shot and tried CBD oil – and it worked wonders. Within a couple of days, she was a happy dog again, with a good appetite and a will to live. We asked the vet whether she was in pain and he concluded that she wasn’t. That was all we needed to hear to know that we would continue the fight. We knew it wasn’t curable this time – but we were determined to give her an amazing life for however long it lasted. She was losing weight again (due to the cancer eating her on the inside), but she continued to be happy and pain free. She loved her cuddles – in general, she was the kindest, most amiable dog you could meet.

And then, this week came. She became weaker, the cancer was clearly showing. On Monday, this picture was taken of her, but we didn’t know it would be her last we would ever take. :'(

Rest in peace, our beautiful angel. You deserved so much better. Until we meet again… x