Imagine thinking it can’t get any worse – but then it does. Dear doglovers – we really need help.

As you know, we have two shelters (you can read more about us here). Now the veterinary inspection has decided that Jovica’s part has too many dogs and that 20-25 dogs have to leave. Unfortunately, Danijela’s part is also full, so the dogs can’t be brought there. The only options are: back on the street or to the municipal animal shelter.

The municipal animal shelter, however, is already completely overcrowded. The workers, who really lovingly take care of the dogs, are absolutely overworked and aren’t able to provide the care and therapy the animals in Jovica’s shelter would need.

SPASKE do have way too many dogs. However, Kraljevo (our city) has a huge problem with stray dogs. There are tens of thousands of them living on the streets, of which SPASKE always takes only those who are injured, sick or particularly endangered (e.g. puppies and very old dogs) so that they do not die suffering and alone.

Adding to the misery, the city has now decided that there should be a street where the second shelter stands. That means that we have to close it. We didn’t know what to do, but a very nice, generous, kind-hearted person donated 2’700 m2 of land outside the city to us. There is no water (has to be brought in), no fencing (has to be done urgently), no dog kennels etc., but we would have a location and the dogs would not have to end up on the street or in the municipal animal shelter.

Now to the actual request: By early July, the dogs must be taken out of Jovica’s part A little later Danijela’s part will be torn off. We have to get *at least 2000 Euro* together to concrete and fence in a part of the property. Danijela will try to reuse as much of the material as possible (boxes, fencing) from her part, but there is no way around it – we urgently need donations.

So we beg you all – even if it is only $5 – because every single cent counts – to donate something and save our dogs. Danijela and Jovica have been fighting for years and have already saved hundreds of dogs. It is not the dogs’ fault that neither the state nor the city takes care of them. We need people like Danijela and Jovica who voluntarily give up all their free time to help animals. I can assure you that 100% of the proceeds will go to the dogs.

You can donate here.

Please always state “for new shelter” as the purpose / reason, so that it is clear what the money is to be used for.

If you have any questions regarding the donation, please feel free to contact us. THANK YOU! 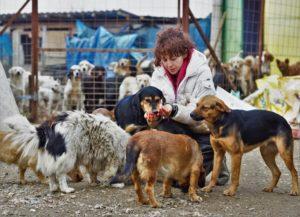 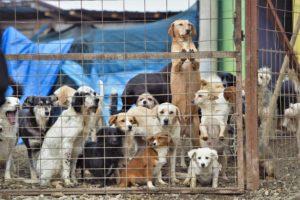 Previous articleAmputation for dog found on a landfill site

Next article Update 1: New home and the water debacle