We are a nonprofit association consisting of two main members – Danijela Jovic, the founder, and Jovica Znidaric – and volunteers. We take in and then take care of the most vulnerable stray dogs, i.e. very young, very old, disabled, injured, or ill dogs. We nurse them back to health and then try to adopt them out into loving forever homes.

Spaske (Serbian meaning: The saved one) was the name of the first dog Danijela ever saved. At that point, she had no place to treat him, so she had to rent different premises and ask many people for help. This is why she decided to found an association, and thus “Spaske” came into being on 21 June 2013. Unfortunately, Spaske passed away a year later, on 10 July 2014, but his memory lives on in the association and work that Danijela and Jovica do every day.

Our location and number of dogs:

We generously received a house and a shed from the selfless Branimir Vujovic, who had already helped a lot with expenses around Spaske (e.g. buying him a dog wheelchair, his medical treatments, etc.). Without those premises, “Spaske” wouldn’t have been able to help hundreds of dogs and we will thus forever be grateful to Branimir.

The properties were refurbished and restored with the help of some close friends and volunteers – although most of the work has been done by Jovica, who has been improving the house since we received it. Another piece of ground, which will be described below, has been acquired and so this space is now exclusively used for about 60 injured, sick, disabled, or very ill dogs, where Jovica looks after them daily.

A second location was allocated to us by the city – the space had been used as a dumpsite but was then just sitting around unused. With the help of volunteers, we cleaned the whole area and built crates, dog houses, etc., so that dogs could live there. Now, the place houses around 50 dogs. “Spaske” has become something like the city’s unofficial dog shelter.

Note: There is no exact address, but it’s the plot of land right next to the city’s official dumpsite. 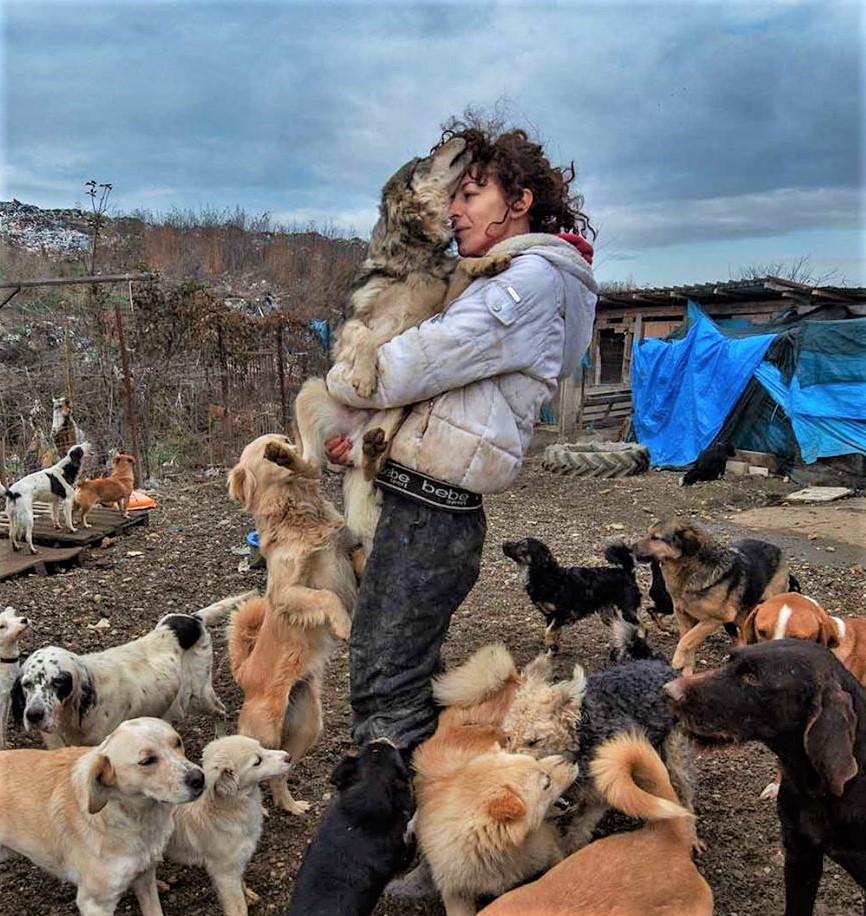 Story:
I have loved dogs since I can remember, but I have never thought I would end up where I am today.

It all started a few decades ago with my grandfather. I remember, when I was a kid, my grandfather would bring home injured animals to treat and help them. After healing them, he would keep them all as pets, as he just couldn’t let them live in the streets again. So, I grew up surrounded by animals and knew I’d have my own one day.

I always believed that dogs were better off being in shelters rather than in the streets, but when I visited our city’s shelter one day, I was shocked to see the conditions. It is not like in Western countries. There is never enough of anything. Dogs are hungry, they don’t get enough attention, can’t be walked, and so on – their lives are sad. However, everyone working at the shelter is fantastic. They love their job and the dogs, they just don’t have the means to treat sick or injured dogs and give them the attention they deserve since the country and city do not delegate any funds to shelters. That was when I decided to visit the shelter weekly, snap pics, and post them on my private Facebook profile, hoping people would see them and adopt one or two dogs.

People did see that and started messaging me about injured dogs they had seen in the streets. That is how I stumbled upon my first injured dog – Spaske, a Labrador, in 2012. He had been hit by a car, had a spinal injury and the whole lot. I had no premises, knowledge or money to treat him, but I still tried with the help of some other really caring and generous people. Spaske seemed to be doing fine at first, but after a year he suddenly passed away. I was inconsolable and knew I had to do more – for him and all the other dogs like him. In 2013, I founded the association SPASKE, named after him, and Jovica joined me in taking care of them. At first it was only a few dogs – now the two of us are taking care of 110 dogs. One would think this would be my fulltime job, but, funnily enough, I have actually been working as a council worker for 17 years – that is what I do nine-to-five. I had never planned on having an association or taking care of 110 dogs – but that is now what I do in my spare time, if you can call it that. Nonetheless, I want people to know that I don’t regret a single decision I made. I love what I do, I love the dogs, and I wouldn’t have it any other way. 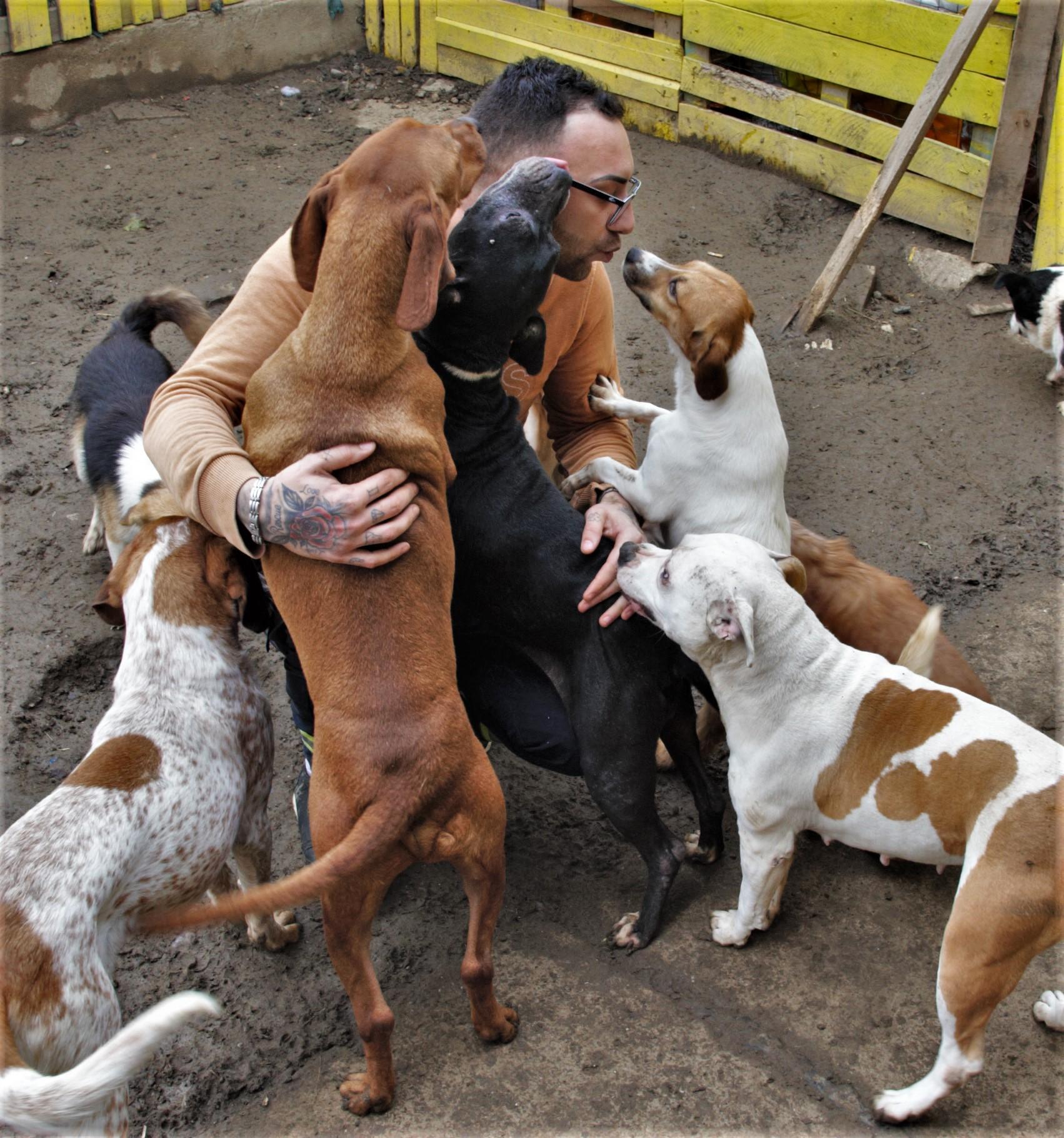 Story:
I met Danijela some time in 2013. We both love dogs and that connected us. I decided to join her and help with Spaske. In 2015, we saved our first disabled dog, which would change my life forever. Nada couldn’t walk, so we went to all kinds of specialists to have her checked out, did what felt like a thousand analyses just to be told she would stay quadriplegic forever. I wasn’t ready to give up though, and thus swore to myself I would try everything under the sun before giving up. At first, we built her something like a baby walker so she wouldn’t lie on her stomach nonstop. Wherever I went, I carried her with me as she wouldn’t want to be without me. We gave her lots of vitamins and good quality food, and I exercised her in a pool and on the ground twice daily. To our amazement, after a few months, she started using her front legs again. We bought a trolley for disabled dogs with which she could finally move around like her other four-legged friends. After a few more months passed, she started showing improvement in her hind legs as well. We were then contacted by an English organisation which had over twenty cases like Nada and wanted to work with her. I was heartbroken by the thought of letting her go but knew it would be best for her. She improved amazingly and we were all overjoyed – until we received the terrible news. She had been to the veterinarian for some analyses where they found she had an inoperable brain tumour. The last images I received from the organisation were of her running freely on the beach – a dog, who had been proclaimed quadriplegic forever, running on all fours. Because of Nada, I knew that was what I wanted to do forever. I have been honouring her memory ever since by taking in the most difficult cases and helping them, trying to get them to walk again.

While this is a 24/7 job, I groom dogs and massage people whenever I can spare the time to make a living somehow. Still, I have never regretted choosing this life as it means saving hundreds of others.